SACRAMENTO, Calif. — Covered California™ announced continued strong consumer interest in the agency’s health insurance marketplace and Medi-Cal, with more than 600,000 unique visits to its website and more than 45,000 calls to its Service Center during the week ending Oct. 12.

Since open enrollment began Oct. 1, consumers have been shopping and comparing among 12 insurers offering health care coverage through Covered California, where consumers also can determine if they are eligible to enroll, eligible for subsidies or eligible for Medi-Cal.
For the first two weeks of open enrollment, more than 1.5 million unique visits were made to www.CoveredCA.com. The Service Center has handled more than 100,000 calls during the same period. From Oct. 1 through Oct. 12, more than approximately 94,500 applications were started.
Total enrollment for October will be released in November. 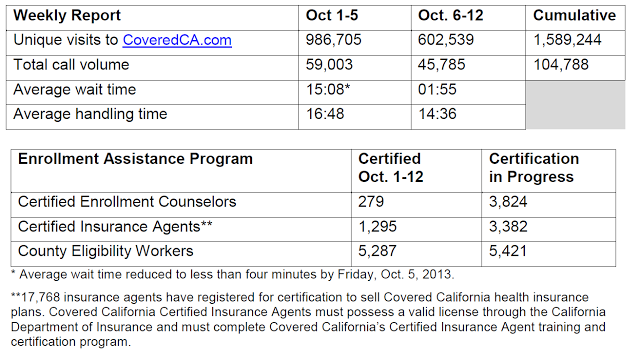